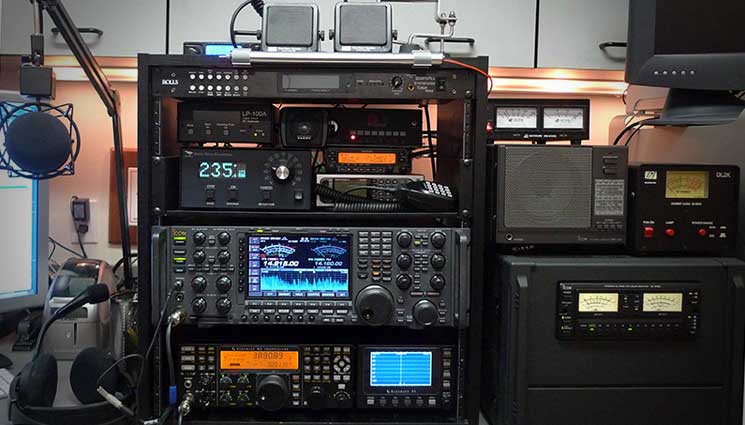 A two-way radio is a radio that can do both transmit and receive a signal (a transceiver), unlike a broadcast receiver which only receives content. A two-way radio (transceiver) allows the operator to have a conversation with other similar radios operating on the same radio frequency (channel). Two-way radios are available in mobile, stationary base and hand-held portable configurations. Hand-held radios are often called walkie-talkies, handie-talkies, or just hand-helds. 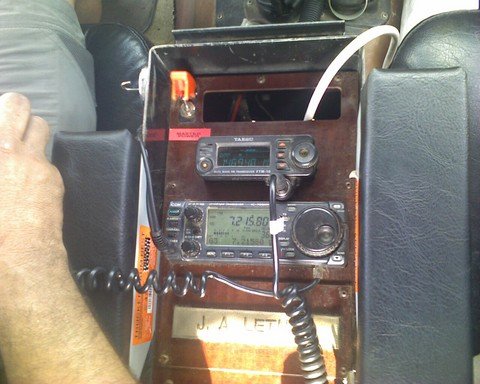 Two-way radio systems usually operate in a half-duplex mode; that is, the operator can talk, or he can listen, but not at the same time. A push-to-talk or Press To Transmit button activates the transmitter; when it is released the receiver is active. A mobile phone or cellular telephone is an example of a two-way radio that can transmit and receive at the same time, i.e., in full-duplex mode. Full-duplex is generally achieved by the use of two different frequencies or by frequency-sharing methods to carry the two directions of the conversation simultaneously. Methods for mitigating the self interference caused by simultaneous same-frequency transmission and reception include using two antennas, or dynamic solid-state filters.